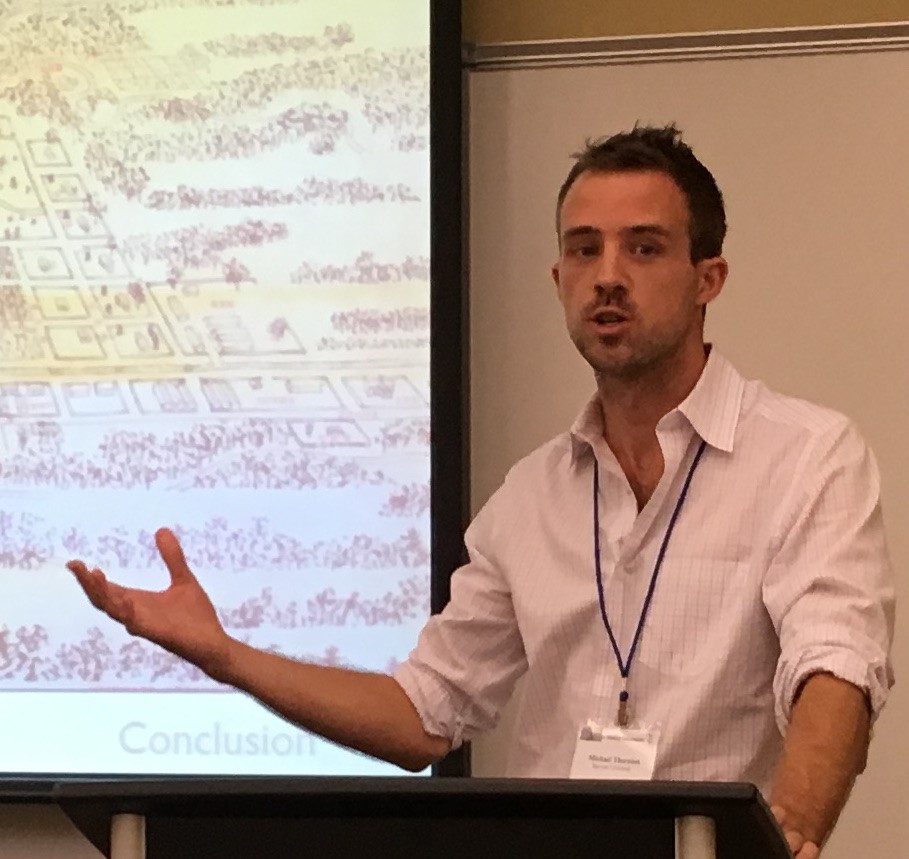 Michael Thornton is a historian of early-modern and modern Japan, with a particular interest in urban history. In his dissertation, “Settling Sapporo: City and State in the Global Nineteenth Century,” he analyzed the planning and construction of Sapporo across the nineteenth century. He argued that the city was built as a settler-colonial capital, playing an instrumental role in the Japanese colonization of Hokkaido. The city was in turn heavily shaped by its colonial position and functions. More broadly, Thornton is interested in the transformation of Japanese cities between the Tokugawa and Meiji periods, including the development of new forms of social and political organization and municipal administration, with an eye to lessons that the rest of the world might learn from one of the planet’s most urbanized societies.

Thornton grew up in Kobe and Tokyo before attending Yale, where he received a BA in History in 2010. After brief stints in Germany and back in Japan he entered the PhD program in History at Harvard, from which he graduated in May 2018.