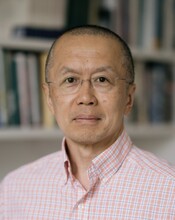 Although the need for the U.S. to work with Japan during a future crisis is ever increasing, we do not yet have a sufficient understanding of what Japanese citizens think about security policies and possible military actions. We leveraged on an extremely rare opportunity in which the Japanese government decided to dispatch its de facto military, the Self-Defense Forces (SDFs), overseas for a high-risk operation, the evacuation from Afghanistan in August 2021. Specifically, we conducted “real-time” survey experiments in this context to test some hypotheses relevant to the theoretical literature on international relations: reliability of alliances, civilian control, and sensitivity to casualty. Our analysis suggests that Japanese citizens are “pretty pragmatic” in their opinions on foreign policy issues. We discuss nuanced differences in their attitudes compared to Americans’ attitudes, which existing studies suggest as “pretty prudent” (Jentleson, 1992; Jentleson and Britton, 1998). This is a joint work with Atsushi Tago (Waseda University)——————————Yusaku Horiuchi is a Professor of Government and the Mitsui Professor of Japanese Studies in the Department of Government and the Program in Quantitative Social Science at Dartmouth College. His research focuses on applying experimental designs and statistical methods to a wide range of empirical questions in political science. With substantive interests in foreign/global public opinion, Japanese politics, and other topics, he has published many articles, including articles published or forthcoming in the American Journal of Political Science, the American Political Science Review, the the Journal of Politics, Political Analysis, as well as two books. He earned an M.A. in international and development economics from Yale University and a Ph.D. in political science from the Massachusetts Institute of Technology.—————————-The Japanese Politics and the Global Political Economy Project is being funded by the Japan Foundation.