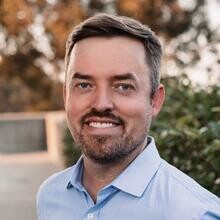 Why are young people underrepresented in most political institutions? And does this shortage of young politicians matter for the extent to which young people’s interests are reflected in policy outcomes?
Understanding the answer to these questions is especially important in advanced democracies such as Japan that confront the challenges of declining birth rates and aging populations. In these countries, politicians face soaring welfare costs and tough decisions about how to allocate scarce resources between the needs of younger working families and elderly retirees. Without the presence of more young people in public office, there is a concern that the decisions made by mostly older politicians will lead to social policies that favor the elderly at the expense of younger families. Older politicians may also be less willing than younger politicians to address long-term issues such as social welfare reform, which will have a greater impact on younger generations.
In this book project, McClean examines the institutional factors that help explain why young politicians are so rare in countries like Japan, provides evidence that many voters would like to see this age bias corrected, and shows that the shortage of young politicians has a significant impact on the social policies that are promoted and implemented by governments.
—————————————–
Charles T. McClean is a political scientist whose research focuses on the politics of age and aging, institutions, representation, social policy, and Japan. Before coming to Yale, he was the Toyota Visiting Professor at the University of Michigan’s Center for Japanese Studies and a Postdoctoral Fellow at Harvard University’s Program on U.S.-Japan Relations. His work has most recently appeared in the peer-reviewed journals Comparative Political Studies, Nature Medicine, and Political Psychology. He is currently working on a book, Silver Democracy: Youth Representation in an Aging Japan, that explores the causes and consequences of youth underrepresentation in democracies. Previously, he was a Research Associate at the Council on Foreign Relations and a Fulbright Fellow at Kobe University. He holds a BA in International Relations and Japanese from Tufts University (summa cum laude), an MA from the Regional Studies East Asia program at Harvard University, and a PhD in Political Science from the University of California, San Diego.