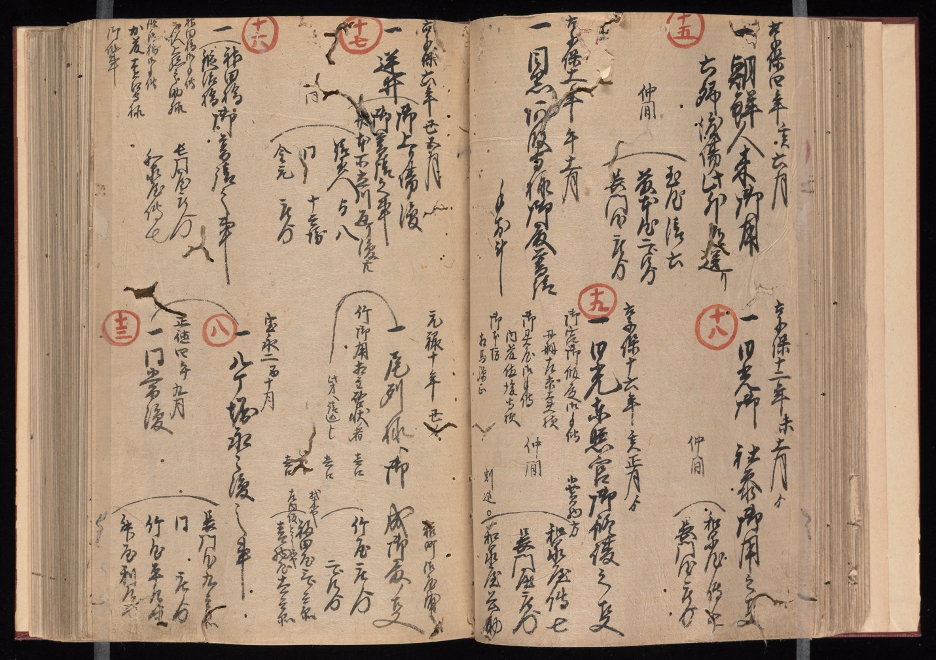 Few pre-industrial societies anywhere in the world have bequeathed us a body of historical documents as varied and plentiful as those Tokugawa Japan (1600-1867).  This class offers students who already have a solid command of modern Japanese an introduction to these remarkable sources.  In addition to examining historical maps and other visual materials, over the course of the semester students will acquire the skills needed to read and translate historical documents written in sōrō-bun (候文). This distinctive form of written language, sometimes referred to in English as the “epistolary style”, was used throughout the Tokugawa period for official records of all kinds and continued to be used in personal correspondence well into the 20th century.  For this reason, developing an understanding of sōrō-bun opens windows onto many different aspects of Japanese history and society. Although we will begin by reading materials that have been transcribed and type written, students will also have the opportunity to develop the paleographic skills needed to grapple with original, brush-written documents of various levels of difficulty.  Throughout the semester students will be introduced to original documents from Yale’s extraordinary collection of pre-modern Japanese manuscripts. They will also build a firm understanding of the larger historical context in which the documents we examine were produced by engaging with relevant scholarly literature in both English and Japanese.  Finally, at the end of the semester, they will have an opportunity to work on a document or set of documents of particular interest to them.